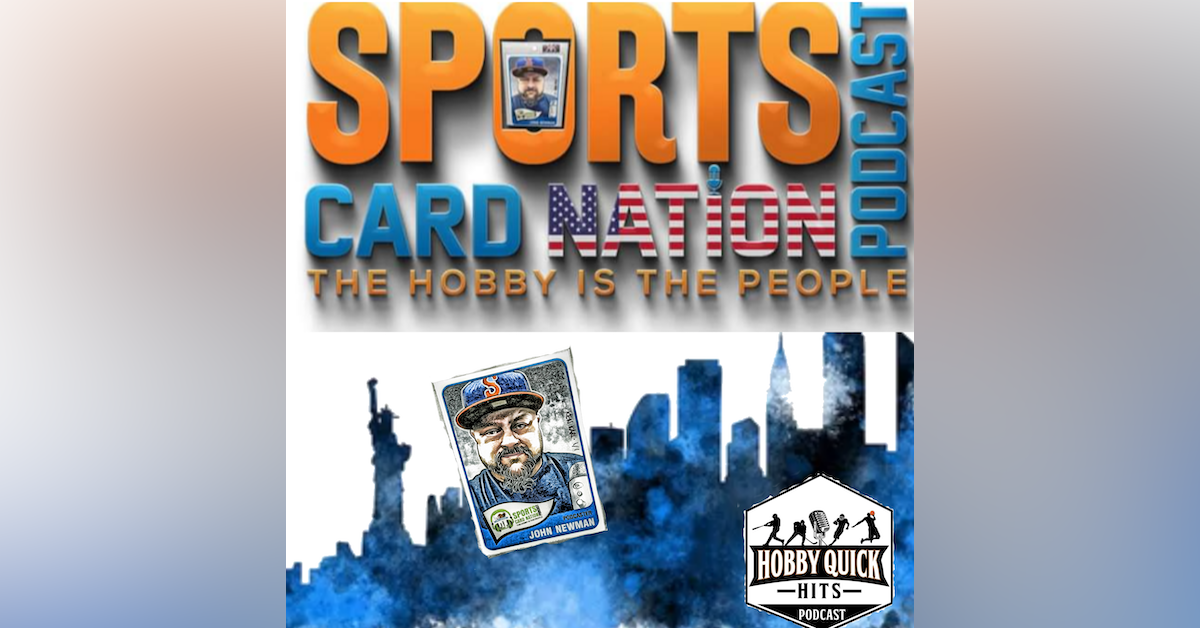 Takeaways from the 42nd National

I attended the NSCC for the complete week and took a lot away from the event....including Covid19. Yep like many who attended the event I caught the coronavirus, at the time of this writing I am starting to feel better. 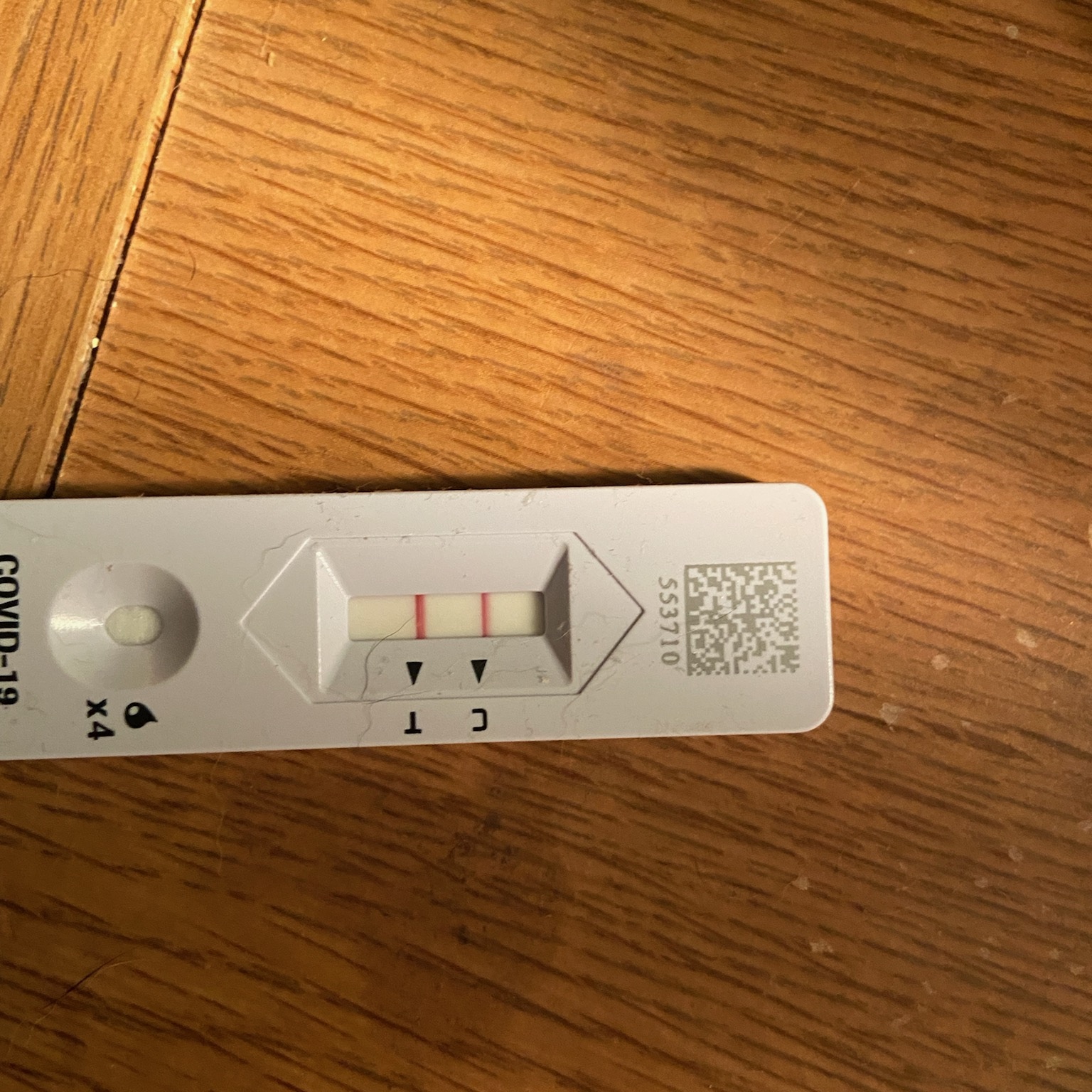 For all the disdain towards the venue of Atlantic City the show was well attended, Friday was very difficult to get "showcase" time, it was like boxing out in a basketball game. Saturday seemed to start out busy based on the line to park in the garage however once inside it seemed less crowded than Friday.

As far as setups go Zerocool's video wall alcove and sound system was the talk of the corporate displays, Whatnot covered good ground on the east side of the building with their boardwalk like carnival setup. To my surprise HGA had a set up but they did not seem anywhere as attractive as the real 3rd party grading services, sorry my feelings about HGA are well known, will new leadership change anything? Time will tell but I'm not betting on them especially now with submission prices dropping by the major players, SGC's "Pre-Grade" service seemed to be a success. If Starstock was there I missed them.

Collectable knows how to throw a party, their invite only Daer nightclub on the Hard Rock rooftop Cigar party was a great way to conclude opening day festivities. I'm a cigar guy so they had me at hello, many hobby personalities were in attendance, food was solid and the open bar was greatly appreciated. Cage and Andrew MC'ed the cigar portion and while I brought my own arsenal they were happy to oblige with complimentary cigars to those that didnt. That was a touch I didn't expect. If all that wasn't enough I got to meet and chat with my basketball idol Chris Mullin, we spoke nothing of basketball but rather reminisced about our shared hometown of Brooklyn, later on I chopped it up with arguably the NFL's greatest linebacker Lawrence Taylor, he was cordial,friendly and in great spirits. What a great way to start NSCC week off. 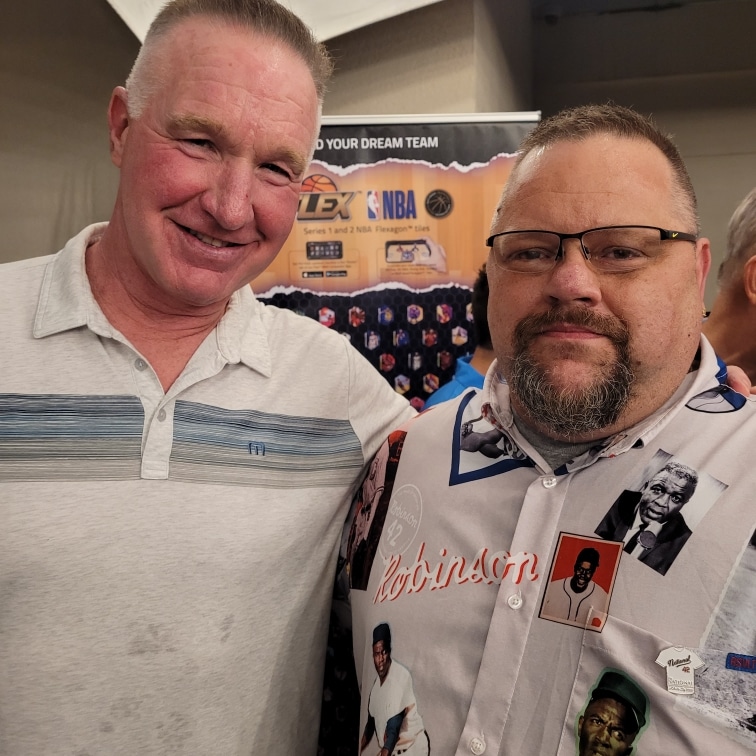 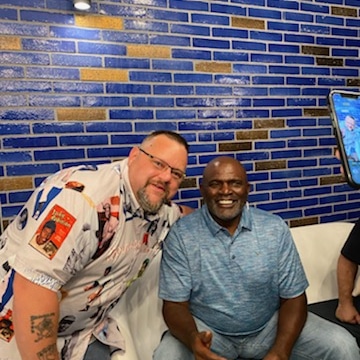 So you want to scan your cards?? Probably the fastest growing segment of the hobby is companies racing to be the best scan, pricing and inventory app. There is no shortage of these now and most had setups at the show. The business man in me doesn't see how all these will survive but let's table that thought til next year's shindig in Chicago.

I spoke to many of the dealers on and off the record early in the show and towards the end as well, as to be expected many of the attendees were looking to sell some of their inventories and many dealers were looking to buy especially those who are always buying. However some dealers were stating sales weren't where they needed to be while a few others said they were doing very well..tale of two cities I suppose. On a personal level I will say many dealers seemed very reluctant to align with current comps.

Anytime you get to go on the main stage at the National you should feel very blessed, I was doubly blessed again as I took the stage as Sports Card Nation on Thursday and shared the experience with my friends Tony and Oz from Cousins Collectibles Podcast and Danny Black of Sportsbalt. The very next day myself and 11 Hobby Hotline teammates graced the stage for a truly interactive experience. 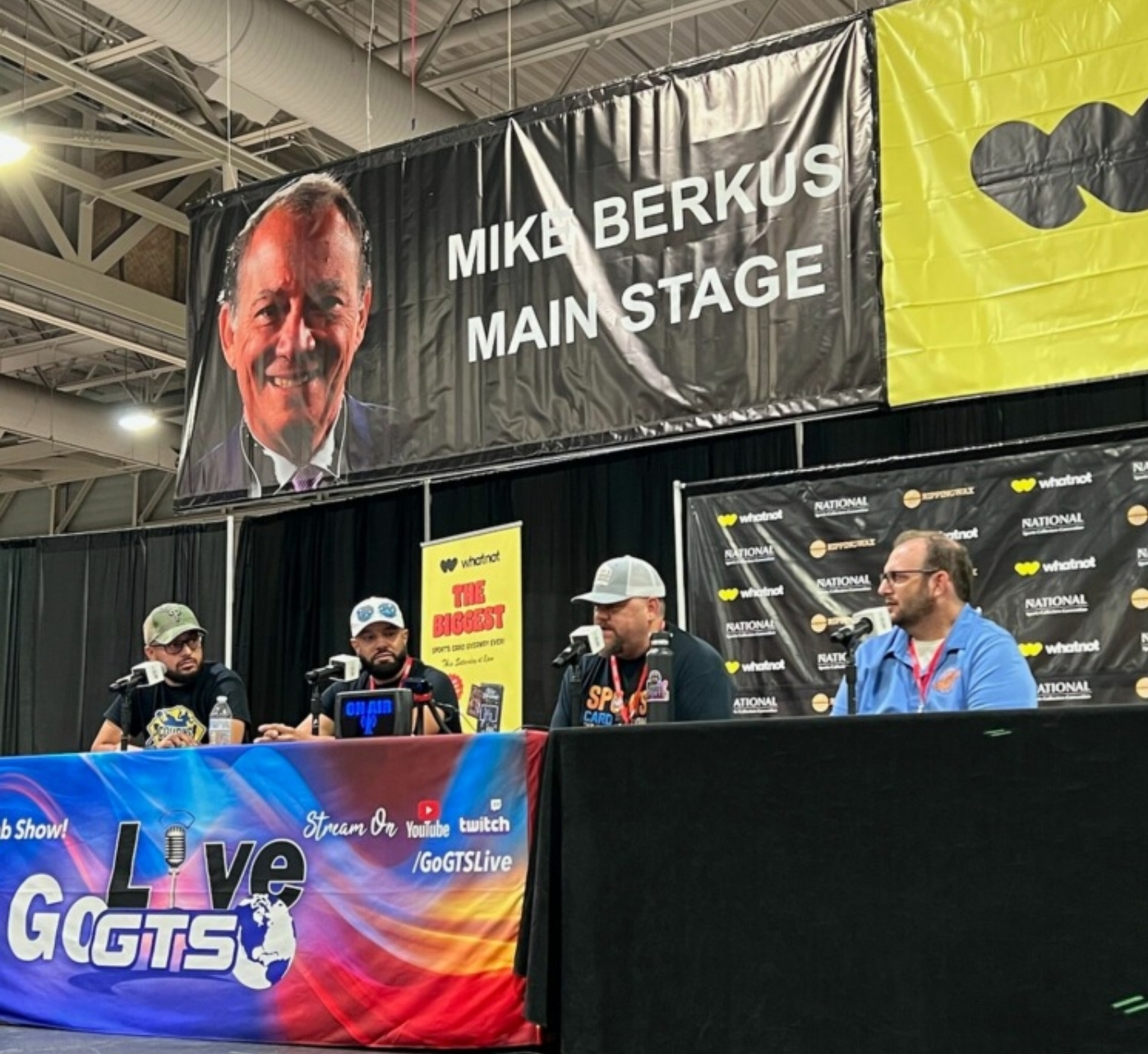 Covid aside I had a blast, I was able to drive to the show, my wife was able to enjoy her beach time, I met an athlete idol of mine, I picked up a very nice graded Sandy Koufax rookie along with a graded Warren Spahn rookie and had a great time sharing many of those experiences with many of my hobby friends. This events are made to make memories and I did just that! 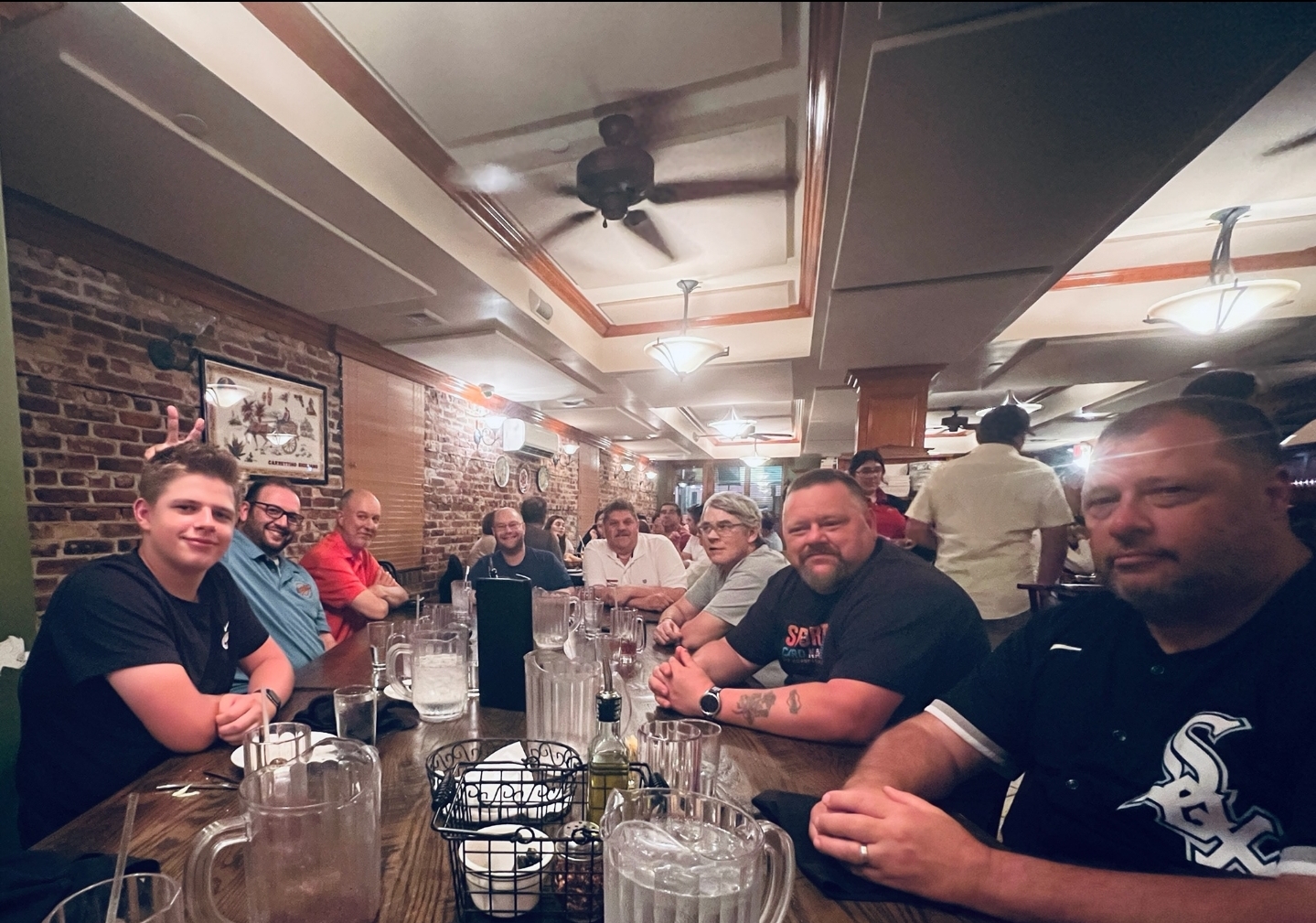 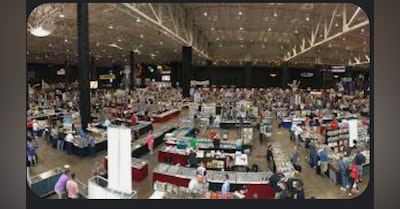 Talking about the National

As the NSCC approaches, Content Creators including myself will talk at nauseum about the event, Does the hobby tire of it or is the event worthy of the o…